US News reminds students not to panic when they see rising application numbers. COVID-19 disrupted the global economy significantly, leaving behind a sluggish job market. As a result, more students are contemplating career shifts, and reconsidering their education goals. This frequently happens during times of economic uncertainty, so with time the numbers will stabilize.

In addition to the economic concerns, students are responding to an unspoken call to action after a year of civic turmoil. Reginald McGahee, associate dean of admissions and student affairs at the Howard University School of Law in D.C. said, “people who have been contemplating law school for a long time had more time for soul-searching during quarantine. With that time and space for introspection, some individuals realized they wanted to become lawyers.” Sometimes referred to as the “Ruth Effect”, students are inspired by the example of United States Supreme Court Justice Ruth Bader Ginsberg. Justice Ginsberg’s passing was seen as a call to the bench by students who wish to pursue a career where they can effect change.

Despite the increase in applicants, law school experts urge students not to be overly concerned. Their advice to applicants is to “test early, test often, apply early, and apply to several schools including less competitive ones due to intense competition.” Students should be spending some of their quarantine downtime studying for the LSAT, researching schools, and getting prepared to apply to several programs.

The LSAT has looked different in the past year. The test moved online, which made it more accessible to a wider array of candidates. Students who previously couldn’t gain access to a test site, or struggled with the expense of the exam have been able to take the test remotely. By making the test more accessible, there’s been a marked increase in applications in minority populations. Amongst the Black community, applications went up 39% from last year.

In addition to preparing for and taking the test, students should consider the long-term investment of law school. As over 95% of law school students take out loans, being prepared financially can make a significant difference in the return on investment post-graduation.

There’s going to be a lot of incredible applicants in the pool, so it’s important to have great test scores, an impeccable application, and a purpose. Law school applicant Breqlyne Johnson has applied to 20 law schools. Johnson has been planning to apply to law school since her sophomore year of college, saying "When I see how much there is I want to change and be different, the way I think minority people should be able to live in this country, waiting did not seem to be an option." Therefore, it’s important to think about your long-term plans while still in your undergraduate program. Admissions officers are beginning to expect higher GPAs, so in order to secure your seat, you’ll need to have great grades. If your grades aren’t quite where you’d like them, spend the next few semesters applying yourself to get that GPA up.

One of your goals needs to be presenting the best application possible. While many students are applying early, this doesn’t guarantee acceptance. As powerscore.com reports, “law schools would prefer to have a better application than an early application, so if it takes a few extra days or weeks to get it right, do it.” Take the time to meticulously prepare your application, even if you aren’t one of the first to get it turned in.

Since more students are taking the LSAT, top test scores are increasing. However, this isn’t cause for panic. It just means students need to plan ahead to study, as well as account for the time to retake the test as necessary. Start by looking up testing dates, and determining which works for your timeline, while also allowing the opportunity to retest. Sign up for a test preparation program, and start setting a study schedule so you can get as prepared as possible.

Even though there are a lot of challenges to achieve a spot in law schools, there’s also a lot of reasons to rise to those challenges. Eventually, the rush to law school will slow, and the application process will equal out again. While there’s been an influx of applicants, there’s also an increase in available positions for law school graduates. In addition to the rise in job opportunities, students can also look forward to an increase in pay. For those hoping for a return on their investment in law school, there’s no time like the present. Therefore, students should make a solid plan, study hard, and be prepared to apply to several schools, but also shouldn’t feel discouraged. With perseverance, finding a spot at a great school can be done. 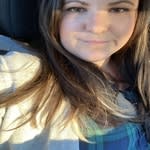 Chelsea is a Student Affairs expatriate, who now works as a freelance writer and editor. She homesteads in a small town in rural Maine, USA. She enjoys hiking, fishing, cooking, reading, all things Laura Ingalls Wilder, spending time with her family, and chasing her black lab puppy, Cash.