What is Technology Law and Why Should You Study It?

What is technology law?

The rise of technology brings huge benefits for businesses, consumers, entrepreneurs, and pretty much anybody who has a message they want to share with the world. But it also creates an entirely new set of problems and ethical dilemmas. For example, new technologies mean we can arrange our finances while sitting in a train station cafe or send holiday snaps halfway around the world to our friends and family back home. However, with so much of our information floating around in the digital space, we automatically become more vulnerable to hackers, potential fraudsters, or commercial negligence. This is where technology law comes into play. Although its remit is expanding all the time, technology law is primarily concerned with building the framework for the collection, storage, dissemination, and uses of information in the digital space.

Technology law also focuses on intellectual property rights, a complex branch of the legal system that deals with disputes over who 'owns' intangible 'property', such as creative works, patents, copyrights, and trade secrets. Technology law helps protect the creatives who come up with these ideas and also ensures rights concerning the distribution of their work. For example, an author may sign a contract to write a series of hardback novels, but what if the publisher then decides to release them in ebook form? Or hire a famous actor to become the voice of an audiobook? Electronic rights make sure all parties understand how a creative work will (or could be) distributed and what percentage of the royalties go directly to its creator.

The third main focus for technology law is software licensing. For many large and small businesses, computer software is a critical part of maintaining their services and satisfying customers. But as technology evolves, so does the software. This forces businesses into updating their existing programs or sourcing costly alternatives which inevitably disrupt their commercial activities. Subsequently, providing new software to business means big profits, but it also creates the potential for exploitation. Again, this is where technology law steps in to ensure a fair but competitive marketplace which benefits all parties. It does so by regulating any issues relating to software installation, troubleshooting, and warranties.

Protecting people from the future

Technology law isn't going anywhere soon. In fact, it will only become more and more important as new technologies emerge. And it won't just focus on the technical issues like data storage, property rights, or the technicalities of licensing agreements. Instead, it's going to have some pretty big issues to tackle, issues that could have a profound impact on almost every aspect of our lives.

Donald Trump introduced the term ‘fake news’ into or vocabulary during his 2016 presidential campaign. And while there was nothing particularly original about pointing out media bias, the subsequent fascination with 'fake news' revealed how a large section of the public no longer trust mainstream media sources. But what happens when we can no longer distinguish between what's fake and what's real? Well, we might find out sooner than we would like. A few months ago, an unnamed software developer designed an AI neural network audio program that mimicked the voice of Dr. Jordan Peterson, a Canadian psychology professor whose writes and speak about free speech issues and the state of academia today. The 'deep fake' software allowed users to make Peterson say whatever they wanted, with worrying consequences. While it's still possible to spot the difference between the real and the fake Peterson, the similarities are starling. What's more, these kinds of technologies are still in their infancy, and who knows where they might lead us to? If 'deep fake' tech becomes indistinguishable from the real, then whoever controls the technology could wield an enormous (and terrifying) amount of power.

Similar concerns were raised by PayPal creator Elon Musk and philosopher Sam Harris. In a series of interviews and podcasts appearances, both have warned about the dangers of devolving too much responsibility to artificial intelligence and the impact of automation on the unskilled and semi-skilled labor markets. Predicting the future has always been extremely difficult, but emerging technologies have made it practically impossible. Still, whatever the future brings, technology law will likely play a vital role part in regulating how we can use the next-generation technologies, or even we can even use them at all.

Technology law is a relatively new field, but there is a wide range of postgraduate programs that will help you move into this exciting legal field. Entry requirements typically include an upper second class undergraduate degree in law, although many colleges will accept applications from students who specialized in social science. Like with most postgraduate courses, tech law programs take one or two years to complete and are split between core modules and optional classes that allow you to focus on your specific areas of interest. Core modules include law of e-commerce, the legal challenges of information technologies, and international and European media law. You can then go onto to look at things like medical negligence, cybercrime, patent legislation, and even space law!

If you coming from a law background, you will know what to expect from a master's program. But if this is your first time studying law, then get prepared for lots of reading. Law is an academic subject involving abstract concepts with countless opportunities for internal contradictions, revisions, and refutations. This requires students with strong analytical skills and a methodical approach with an exceptional eye for detail. But you will also have to present your ideas, which means you will need to get comfortable speaking and defending your ideas in front of other people. Such things do not come naturally to many of us, especially those who are more of an introvert. However, like almost anything else, public speaking is a skill that anyone can learn. So get practicing. You can even take public speaking lessons for some extra tips on how to capture and hold an audience's attention.

There are lots of career opportunities for anyone with a degree in technology law. One of the more traditional routes is securing a role in a private firm which specializes in tech law. You will then guide and represent clients, helping them to seek solutions to their digital problems. This varied and interesting role could involve advising companies on new legislation, making sure they stay compliant at all times. Alternatively, you may find yourself supporting them through a legal dispute or even representing their interests in a courtroom.

Other graduates go on to work for charities, government organizations, or the regulating bodies that write the rulebooks for the digital space. Banking is another popular career choice for tech lawyers. Since the crash of 2008 and the revelations surrounding some rather dubious practices, banks and other financial institutes are under huge pressure to protect their customers' interests and personal information. Every bank and insurance company has its own internal compliance and risks department, which either consults or employs people with a solid background in technology law.

CSOonline reports hacks and data thefts, made possible by insufficient security, cover-ups, or avoidable mistakes have cost firms a whopping $1.23 billion and counting. Given how much is at stake for companies, they are more than willing to pay high salaries to the right people in the field of technology law.

Studying technology law is a great option for anyone looking to build an interesting, varied, and well-paid career. It's also one of the fastest-growing areas of the legal profession and is set to play a fundamental role in what the future will look like. So if you want to have your say, get enrolled in a program before the start of the next academic year... 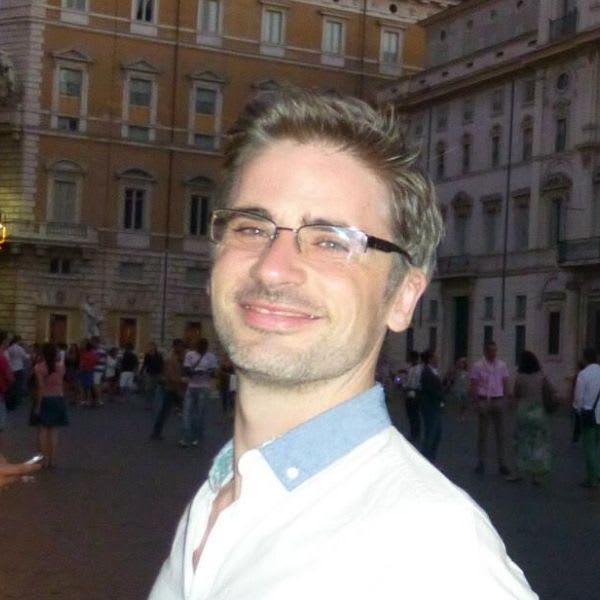 After graduating with a degree in English literature and creative writing, Ashley worked as a bartender, insurance broker, and teacher. He became a full-time freelance writer in 2016. He lives and writes in Manchester, England.